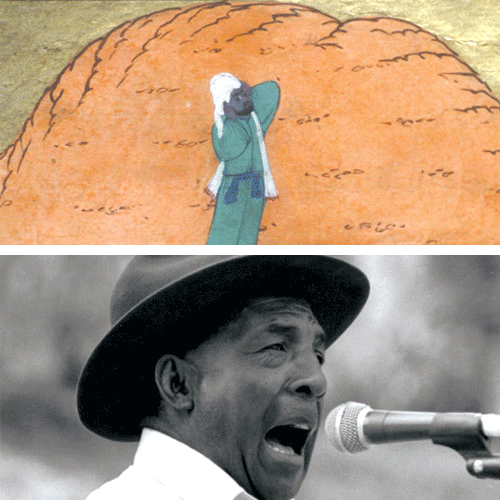 The scholar Sylviane Diouf believes that West African slaves who were Muslim retained remnants of their culture and religion in captivity. She suggests that the haunting call to prayer that had echoed through African villages evolved into the hollers and shouts that sounded across plantation fields and eventually gave rise to the blues.