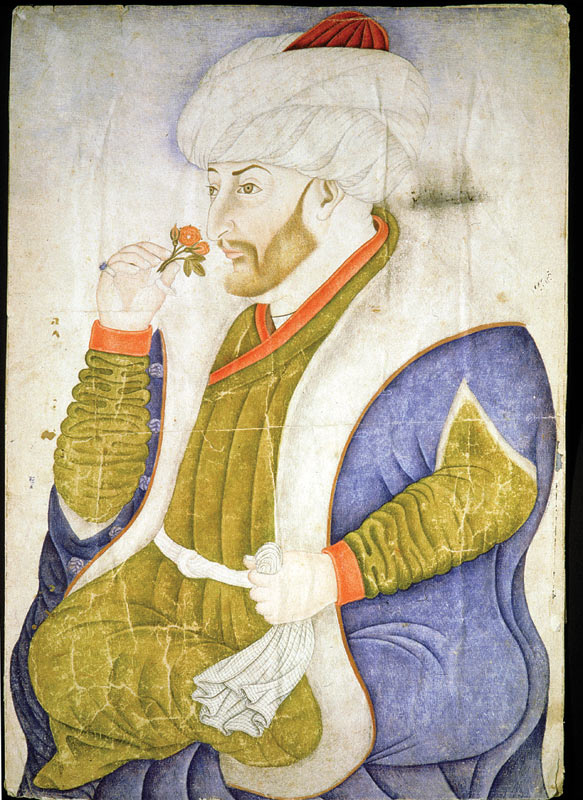 In 15th-century Istanbul, the court poet Ahmed Pasha (d. 1496) had so fallen out of favor with Sultan Mehmed II that he was jailed in the state prison of the Seven Towers. In danger of being beheaded for his transgressions, he composed the “Grace Qasida,” praising the ruler. For composing this poem, his life was spared.