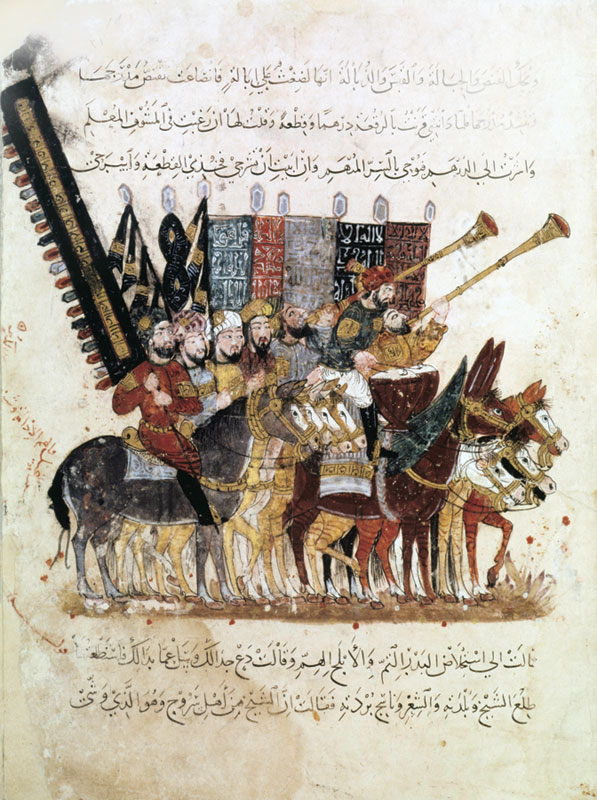 In addition to works of scholarship, anthologies, and translations, early Arabic literary culture saw the emergence of the adab genre. Originally, adab referred to standards of conduct, but in the new urban society, the word came to have connotations of refinement, courtesy, and chivalry. A literary form characteristic of adab was the maqama, a narrative in rhymed prose with short poetic passages, such as the Maqamat of al-Hariri.